Today being an infamous date in American history it was outstanding for me to be able to find a fellow blogger s post that related not only to the topic of my blog, but also as a memorial to the terrorist attack that occurred on our country here the United States 8 years ago today. The title of this blog kind of tricks me, and I am not sure how the author came up with it, but it is irrelevant anyways. It' s the contents of the post that I want to share with you, and let you the readers make up your own mind about "Michelle's" views of cultural relativism.
Her perspective in my opinion is relatively unique, and likely quite "typical" of the average American citizen maybe on an educated guess I would say more than half, of course I may be so far out in left field it may be "ludicrous for me to say" but let me share this quote from her blog:"

"Before that day, I thought the terrorists were over there and that was actually fine with me. Bad things happened Over There, because life Over There was harsh and people more prone to violent acts, and The Middle East had been like that forever.

I was wrong about my subject.

I was a cultural relativist. Once upon a time, those humans over there were smaller than me. They were the subjects of frightening documentaries. I wondered how they managed to live in their culture. I was glad it was not mine. I was allowing what I saw of Islam and the Middle East to be clouded by what I had been taught about tolerance, and how I must lie to myself and avoid the ethnocentrism of calling much of the things I saw coming out of the Middle East “ugly”. At the same time I was being told to treat the violent dictators and perpetrators of violence as babies incapable of self-control due to their circumstances.

I see that cultural relativism is the new racism, one that denies humans their dignity based upon their geography. Cultural relativism tells us that some of us are low, barbaric, and inhumane by nature and we should accept that inequality. That certain people are born to be enslaved, and that’s okay. It tells us that democracy is for westerners. I am now the ethnocentric American that I had been taught to revile. I’m certain my culture is superior. A culture that honors life and freedom will always be superior to a culture of death and slavery. It’s that black and white.

A human is a human. Freedom is freedom. Geography has nothing to do with it. Nowhere is a woman’s soul saved by the breaking of her spirit. Nowhere is a man’s life saved by his death. Nowhere is a child’s innocence preserved by pedophilia and mutilation. Nowhere does a man make choices when he his only other option is torture or death. No culture that celebrates violence is a good culture, and I refuse to celebrate that culture as it exists today. I will call the baby ugly and I will refuse to “paint it pretty” until it really is pretty."

I am just in awe with this insightful expression post 9/11 insight into cultural relativism and her perception of that unfortunate tragedy of humanity. 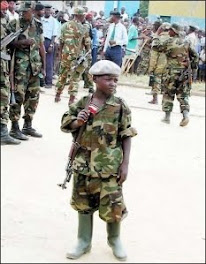